Cargill and STINAPA collaborate to protect corals from destruction

Last week STINAPA and partners scuba-dived tirelessly in an effort to mitigate damage to the coral reef at Salt Pier.

Cargill Salt Bonaire recently obtained permits for major pier repairs at the Salt Pier, including the replacement of two huge 40 year old anchor chains with a lot of live coral living on them. Cargill immediately asked STINAPA’s advise on how to minimize damage to the reef and they agreed to leave most of the old chains in place and lay the new chains next to them. In order to clear a path for the new chains, live corals and sponges had to be moved to a safe area nearby. 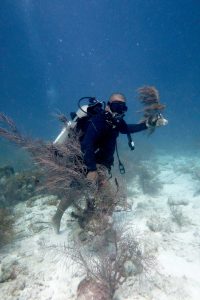 With the expertise of Coral Restoration Foundation Bonaire and the help of Great Adventures Bonaire, Buddy Dive, Touch the Sea, GOOODive, STINAPA Junior Rangers and a number of volunteers, STINAPA proceeded to relocate a large number of hardcorals, softcorals and sponges, which would otherwise have faced certain death. The live corals were moved by hand while scuba diving to nearby safe zones. For moving the larger colonies the marine park rangers used lift bags.

A few of the corals were transported by boat to coral restoration sites at Buddy Dive and Harbour Village. In the coming months STINAPA will be monitoring the survival rate of the corals and sponges that were relocated.

STINAPA is grateful for the effort by all of the organizations and volunteers who helped give these corals a safer environment to thrive in! 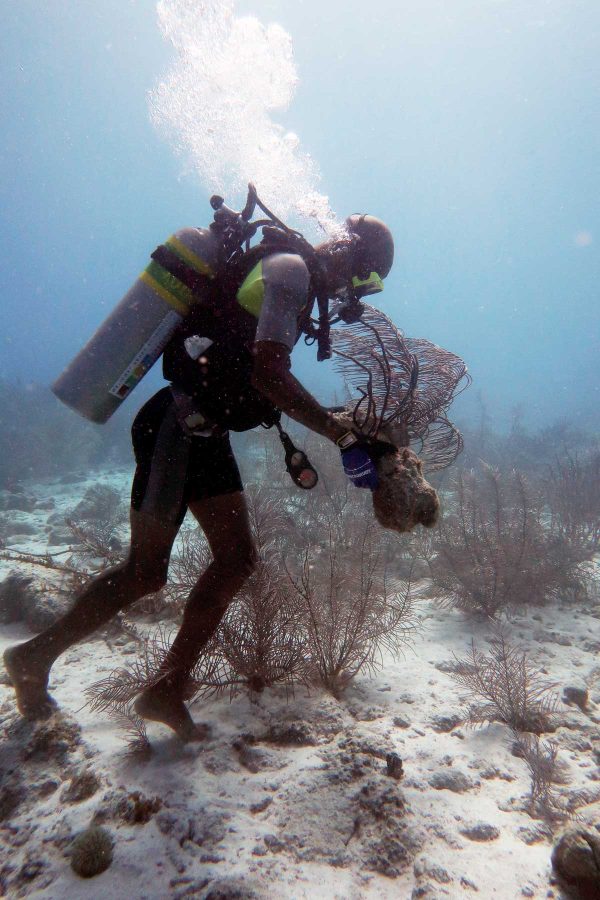 Walking a soft coral to a safe zone