Not everyone is afraid of bees – some people want bees to sting them! Although some cultures have known this for ages, many modern doctors and researchers are realizing that the venom from bee stings may have wide-ranging benefits. Bee venom is particularly effective in treating rheumatoid arthritis (a disease that causes pain and swelling in the joints). Some people go to doctors that use live bees to get relief from their arthritis, but there are treatments that are more acceptable to some, where the venom has been collected and is given to people as an injection.

Bee venom is being used to treat all sorts of medical problems including nerve pain, multiple sclerosis, reducing the allergic reaction of people who are allergic to bee stings, etc. One of the toxins in bee venom, melittin, kills HIV cells and scientists hope that it can be used to prevent HIV. If you love bees for their honey, perhaps you’ll love them even more for their venom!

Bee populations are declining worldwide, mostly as a result of pesticides. Now more than ever we need to protect these important pollinators. If you have garden pests, try using natural pesticides such as lemon, cloves, garlic, dish soap, cayenne pepper, etc. 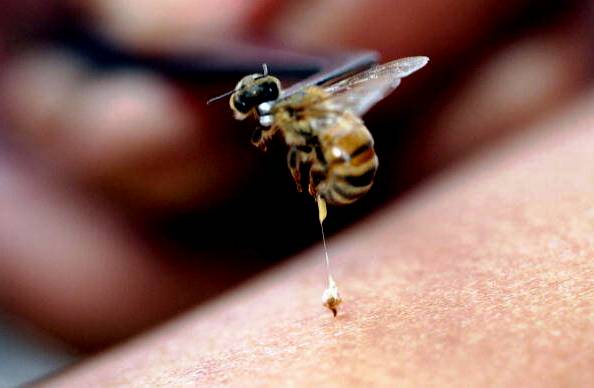