There are 320 different species of hummingbird found throughout the Americas. Their English name derives from the characteristic hum made by their rapid wing beats. Each species of hummingbird makes a different humming sound, determined by the number of wing beats per second. They can hover in mid-air by rapidly flapping their wings 12–90 times per second (depending on the species). They can also fly backwards, and are the only group of birds able to do so. They can fly at speeds exceeding 15 m/s or 54 km/h. The hummingbird needs to eat twice its bodyweight in food every day, and to do so they must visit hundreds of flowers daily. Hummingbirds eat nectar for the most part, although they may catch an insect now and then for a protein boost. Their super-fast wing beats use up a lot of energy, so they spend most of the day sitting around resting. Despite their tiny size, the ruby-throated hummingbird makes a remarkable annual migration, flying over 3000km from the eastern USA, crossing over 1000km of the Gulf of Mexico in a single journey to winter in Central America. The ruby-throated hummingbird has only approximately 940 feathers on its entire body. The female hummingbird builds a tiny nest high up in a tree, often up to six meters from the ground. The male takes no responsibility in rearing the young and may find another mate after the first brood hatches. They are very important pollinators of wildflowers throughout the world.

Bonaire has two species of hummingbirds

The Ruby Topaz hummingbird (Chrysolampis mosquitus) is the larger species. The male has an iridescent, brilliant red crown and an orange-gold throat, while the female has a dark bronze-green back.

The male blue-tailed emerald hummingbird (Chlorostilbon mellisugus) is such a deep green that it can sometimes appear black. The female has a green back and head, with a white stripe over the eye. 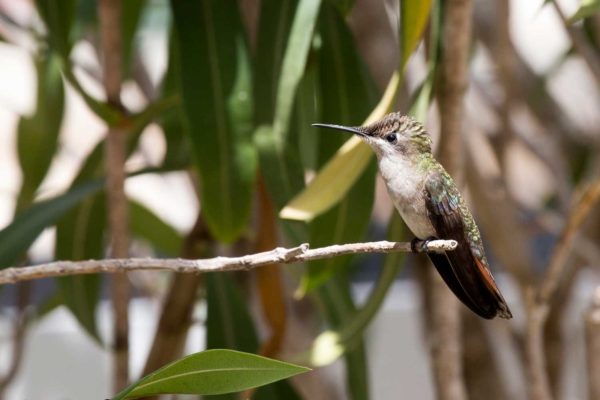 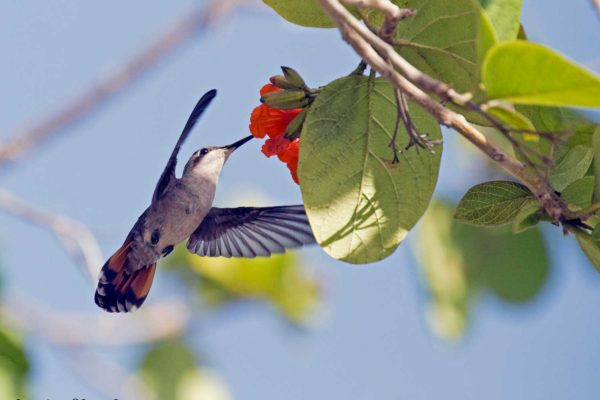 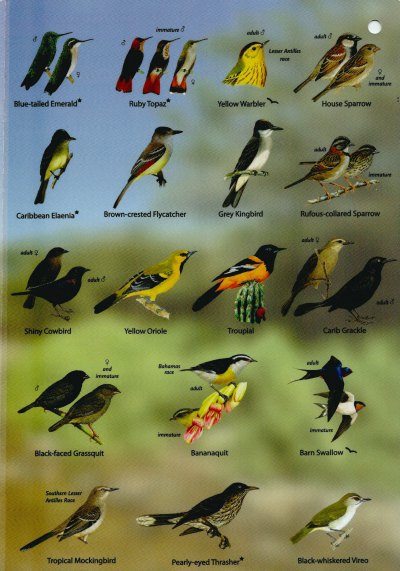