The Indo Pacific Lion fish (Pterois volitans) is a predatory, venomous fish which has been introduced as an invasive species in the Atlantic Basin. The exotic looking fish is known for its reddish brown and white banding patters that run vertically along its body and the 13 venomous spines that run along the length of the fish. This invasive carnivore can significantly reduce biodiversity of a local habitat and can drive important fish species to extinction, negatively affecting coral reef ecosystems. The fish also poses a risk to the health of the Bonaire National Marine Park users as the species possesses venomous dorsal, anal, and pelvic spines that can inflict a painful sting that may result in serious health complications. 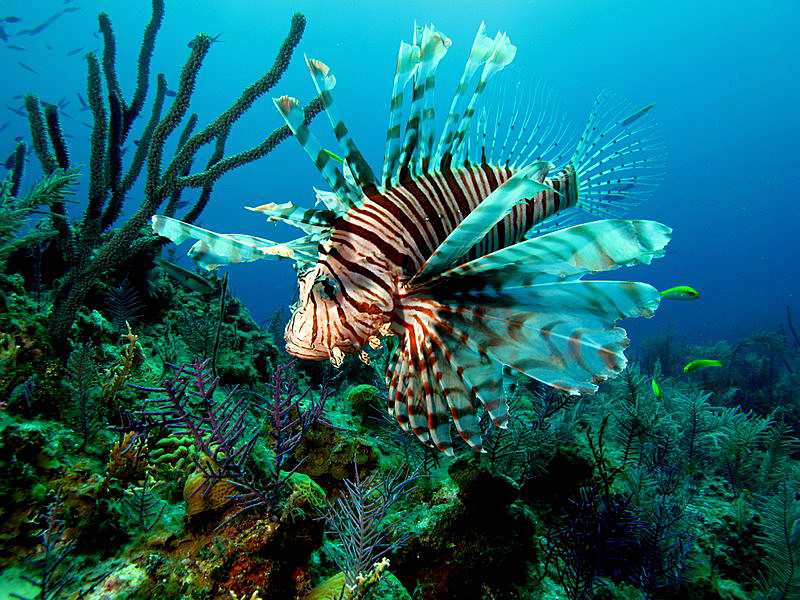 Lion Fish: the new curse of the reefs

HOW DID THEY GET INTO THE ATLANTIC BASIN?

The first lion fish was recorded off of the coast of West Palm Beach in 1992 and was possibly released through the aquarium trade (USGS 2002). Since then the species has continuously migrated north reaching as far north as Long Island, New York and as far east as Bermuda (USGS 2002). Lion fish have also been reported in the Bahamas and south along the Caribbean coasts of Mexico, Costa Rica, Honduras, Venezuela, and Colombia (USGS 2002). 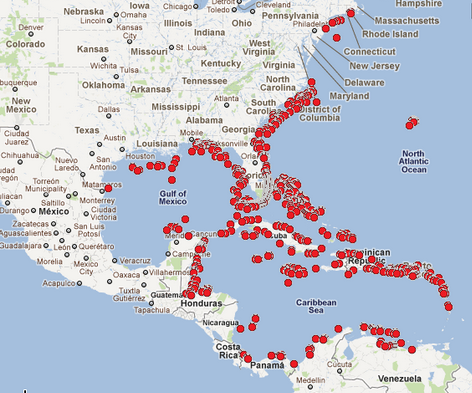 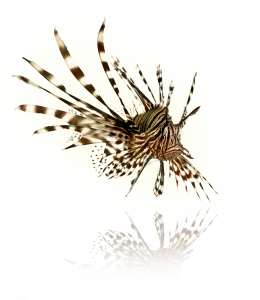