For most divers exploring the colorful reefs of the Dutch Caribbean islands, encountering our species in the spotlight is a very 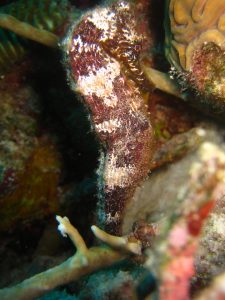 special treat. The Lined Seahorse (Hippocampus erectus), known on the ABC islands as Kabai ‘i Awa, is a beautiful, large seahorse that inhabits reef areas as well as seagrass beds and mangroves. If you are lucky enough to see this seahorse, you will most likely find it holding onto soft coral or a strand of algae or seagrass; the Lined Seahorse is not the greatest of swimmers as its body is much larger than its fins.

This seashorse’s common name is derived from the dark lines that typically cover its body. Its coloring varies a lot, from black to brown, grey, yellow, orange and red, and changes depending on the seahorse’s diet, mood and surroundings.

There are many fascinating facts about the Lined Seahorse. Its eyes can move independently, meaning that it can scan its surroundings quickly and easily. The male, which is larger than female, has a kangaroo-like pouch under its tail. The female, with whom the male mates for life, deposits her eggs in this pouch where they incubate for around 3 weeks. Once the eggs hatch, the young stay in the pouch until they can swim on their own. Also, because the Lined Seahorse is a slow swimmer, it cannot chase its prey. Instead, it camouflages itself and when the prey is close enough (typically small crustaceans and mollusks), it sucks it in with its long snout.

The Lined Seahorse, which occurs throughout the Western Atlantic, is listed as Vulnerable on the IUCN Red List of Threatened Species because its population has declined by approximately 30%. It has suffered from habitat degradation, illegal trade (there is a huge demand for seahorses for ornamental decoration, the aquarium trade as well as for traditional Chinese medicine) and accidental catch in shrimp and other trawl fisheries. 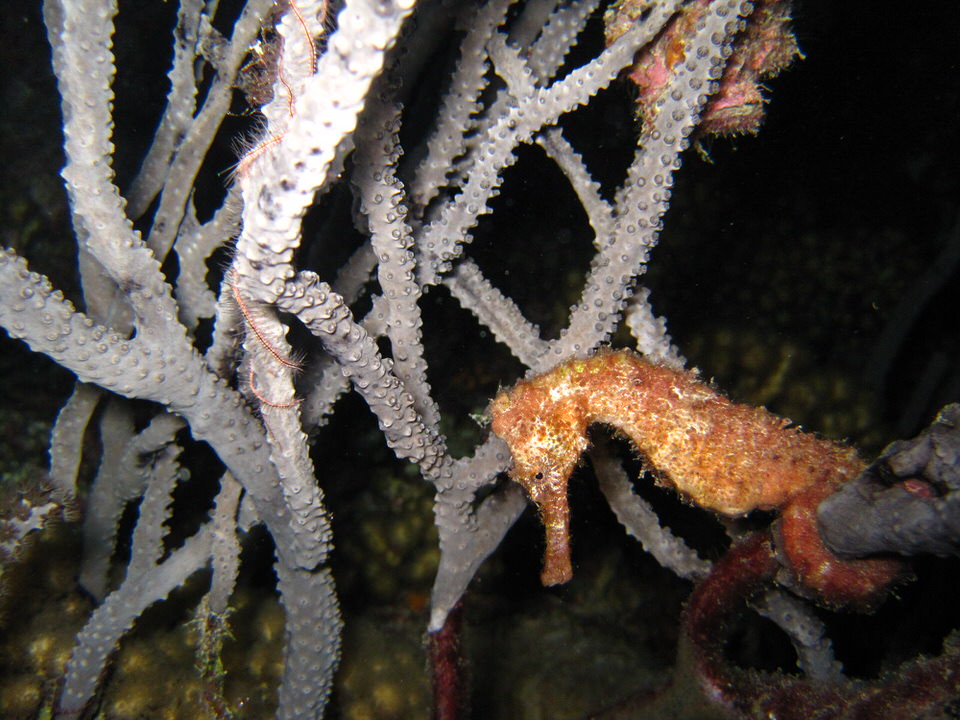