The ears of this bat are very pronounced. They are formed like a funnel, hence its name. If you look at the bat’s face you hardly see the eyes. They are well hidden under the big ears. The bat itself is quite small, the head and body is 3 to 5 cm (1-2 inches) and weigh around 3 g.

The bat has a yellowish belly and a big tail membrane. With this membrane it catches insects. It flies like a butterfly, fluttering and makes an audible but very soft sound, like a sewing machine.

On Curaçao, and probably on Bonaire, the period of the newborn young is around October. This coincides with the start of the rainy season, when there is the highest concentration of insects to be found.

They can be found in caves individually or in big groups up to 1000 animals. On Bonaire, two caves with Funnel-Eared Bats are found, but they are in low numbers, about 100 to 150 all together. There used to be a big colony in a cave that collapsed due to building practices.

The species Natalus tumidirostris can also be found in Venezuela and the Guyanas. Probably, the subspecies is endemic to Bonaire. 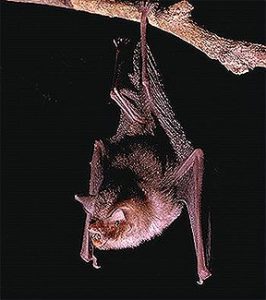 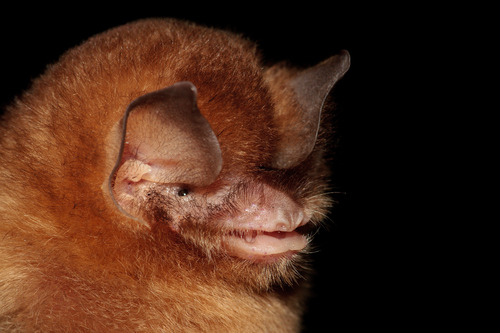