STRICT SUPERVISION OF PEOPLE IN THE SOUTH

Kralendijk – The public entity (OLB) of Bonaire, in collaboration with STINAPA, Cargill Salt Bonaire, and Tourism Corporation Bonaire (TCB), will strictly enforce the rules for nature reserves in the south of the island. People are increasingly infringing the rules.

It concerns the area on the land side from the saltpier to Sorobon. Because nature is so sensitive in this area, it has not been accessible for many decades without permission from Cargill and the government. Signs along the road indicate this. The beaches are accessible, but there are also rules to comply with. For example, a dog ban applies between the salt pier and the Willemstoren. The Bonairean government has set these rules to protect the vulnerable nature in the south such as the turtle nesting beaches and the flamingo reserve.

In recent years people are increasingly entering the area. It is mostly tourists who want to take a photo of flamingos, fishermen with nets or rods and kite or wind surfers. This is forbidden.

In consultation between the public body Bonaire, Cargill, STINAPA and TCB it was decided to tighten the enforcement of the rules. TCB has asked the tour operators to give a good explanation of the special status of the area and to point out to tourists the rules and not to enter the area. 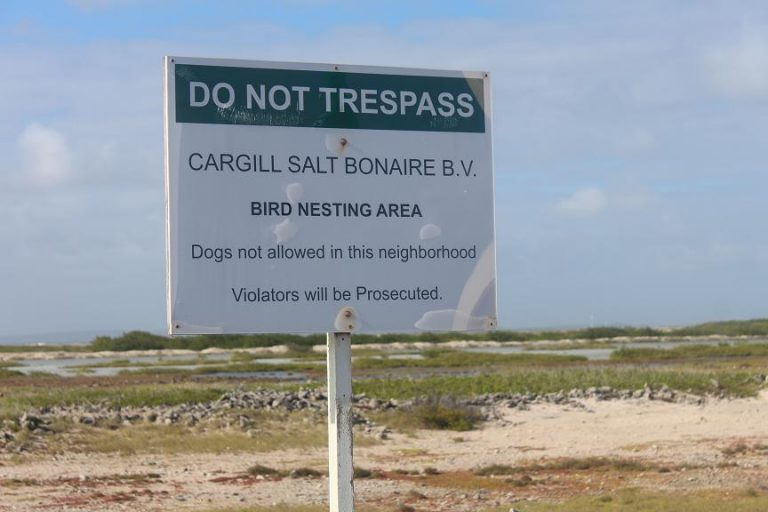 The government of Bonaire has designated almost the entire southern part of the island as a nature reserve. Cargill Salt Bonaire has a large part of it in use and manages the entire area. A nice combination of economy and ecology. Just past the saltpier all the buffer zone of the Pekelmeer begins. That zone continues all the way to Oranje Pan (Lacre Punt) and then north to Sorobon. The Pekelmeer and surroundings is a Ramsar area; a wetlands area of ​​international importance. Part of the area was declared a bird sanctuary in the sixties. It is one of the most important breeding grounds for the flamingo in the region. In the area there are numerous other bird species such as terns, pelicans, herons and other waders. According to experts, the area is one of the most important bird areas in the Caribbean. 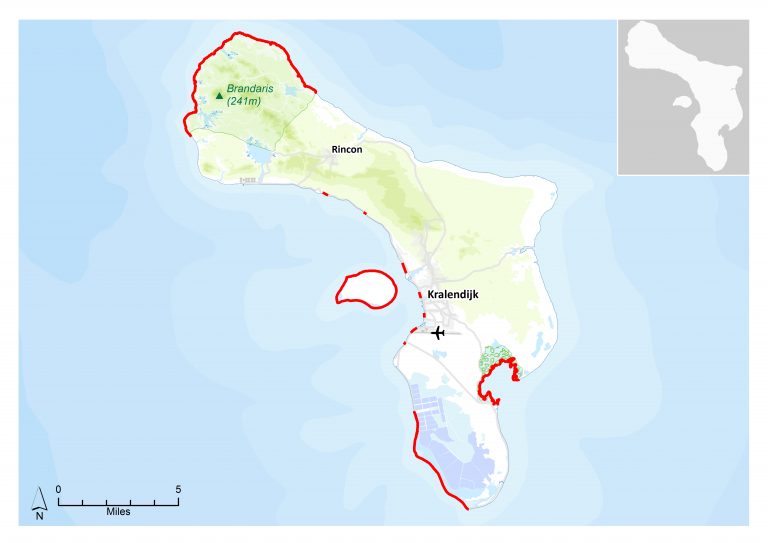