Did You Know… that there is a new kind of seagrass that is invading Lac Bay?
Seagrasses are plants and they are closely related to the plants that grow on land. They even have roots just like the plants that grow on land. They use the roots to hold on to the ground, without the roots they wouldn’t be able to grow in the soft sand of Lac bay. They would be swept away by the waves and currents. This new type of seagrass, Halophila stipulacea, usually grows in the Indian Ocean, but was discovered in the Caribbean in 2002 and in Lac bay in 2010. Since it was first found, it has spread quickly and now it covers over 26% of the area covered by seagrasses in Lac Bay.

In nature there is always a competition for space so, as the new seagrass takes up more and more space, the local seagrasses gets less space. This may not sound like something bad, after all, there is still seagrass growing in Lac Bay. But most plants and animals are so well adapted to their environment that it’s difficult for them to adapt to something new, even if it’s only another type of seagrass.

Invasive species are very hard to get rid of so the new seagrass is probably here to stay. Something that we all can do to protect the green turtle and the turtle grass is to be careful with what we do with our trash. Never throw anything in nature. We should also take care of the turtle grass that grows in Lac Bay. One simple way to do that is to avoid stepping on it or cutting its roots with boat propellers or windsurf fins.

Studies like this are important because they help to answer questions regarding the increasing problems with invasive species that are taking place all over the world. To predict, prevent and maybe eventually counteract the potentially negative effects that an introduction of a new species has on the environment, it is important to try to understand the interactions that take place between the different plants, animals and their environment.

Written by Emil Ren, STINAPA’s new intern from Sweden. He studied at the University of Gothenburg in Sweden and received some funding from the Erasmus+ Programme to come and get some practical experience at STINAPA for six months. 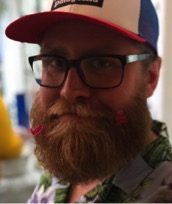 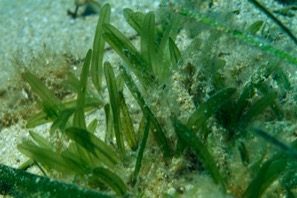